Location: Pompano Beach
Depth Range: 55-70'
Skill Level: Open Water
The Ancient Mariner was launched on July 7, 1934 and commissioned the Nemises on October 10th. The Nemises was built to be a Prohibition Runner, however Prohibition ended a year before the completion. During World War II the Nemises was used as a sub-chaser and escort for convoys. She also rescued survivors from the torpedoed tankers. She was decommissioned on November 20, 1964, and sold to Auto Marine Engineers on February 9, 1966. In 1979 investors purchased the vessel and re-modeled her to look like a three deck African steamer. 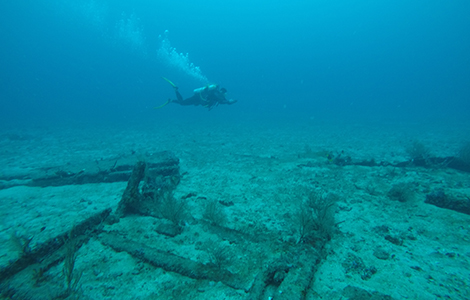 Looking out over debris field 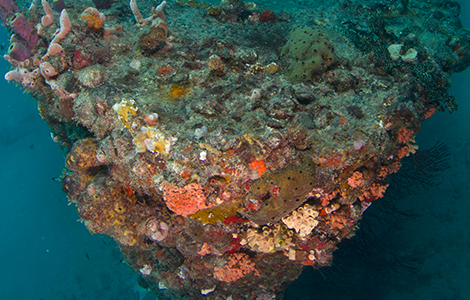 Bow of the Ancient Mariner 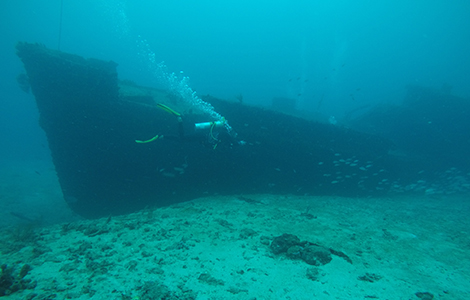 Looking at the Port Side

Current image of the Ancient Mariner

Map of the Ancient Mariner

She was renamed Livingstone Landing and became Ft. Lauderdale's first floating restaurant. The Livingstone Landing closed in 1981. Then was sold and renamed the Ancient Mariner. On April 28, 1981 before the new restaurant opened it sank at the dock. She was re-floated and re-opened as a restaurant. In 1986 more than 100 patrons contracted hepatitis after dining aboard the old cutter. The restaurant could not survive the bad publicity and went bankrupt. The vessel re-opened under several names but none lasted too long. She was purchased by the South Florida Divers Club of Hollywood for $6,000.00, and donated to Broward County's artificial reef program. In June of 1991 this vessel was sunk as an artificial reef off Deerfield Beach.

The Ancient Mariner is 165' long with a 25' beam. The ship is upright with a slight list to port and the bow is pointing southeast. The Ancient Mariner is covered with lots sea life, which is due to its close proximity to the reef (fish move back and forth between the two). A large Goliath Grouper guards the wreckage and can usually be found in the wheelhouse. This wreck has easy penetration areas, which can be used for the PADI Wreck Diver class for training. If there is no current, divers can swim off the bow with a 150 degrees heading about 200 ft and see the Berry Patch Tug. 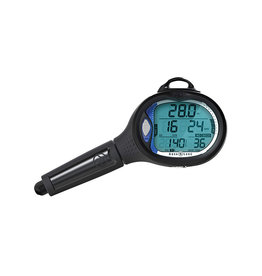 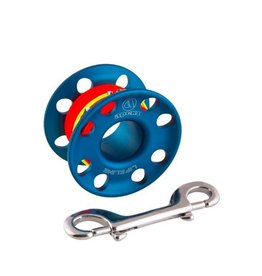 Inspired by technical diving and versatile enough to be used in a range of diving applications.
Add to cart
Apeks Finger Spool
$130.00 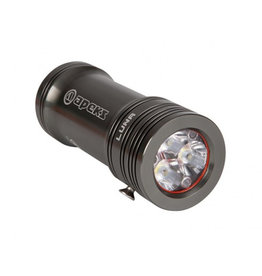 The Apeks Luna range of torches will fill you with the reassurance you need and the intensity of light you demand.
Add to cart
Apeks Luna Primary Torch
$659.00 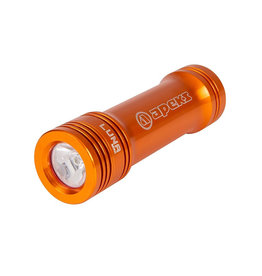 The Apeks Luna range of torches will fill you with the reassurance you need and the intensity of light you demand.
Add to cart
Apeks Luna Mini Torch
$349.00 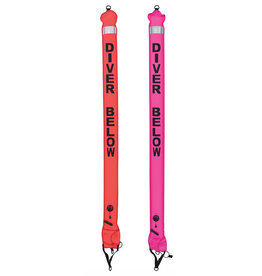 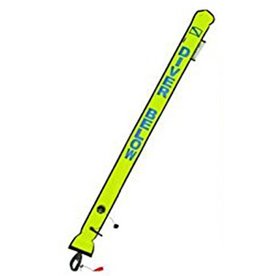 This unique signal tube comes with an opening in the bottom of the tube and is weighted by lead.
Add to cart
Innovative Signal Tube 6' w Dump Valve
$59.99