The Hydro Atlantic Shipwreck is considered to be one of the 10 best wreck dives in the USA by many. She lies only 1.3 miles southeast of the Boca Inlet, and sits in 173 feet of water.

The ship was built for the U.S. Army Corps of Engineers in 1905 by Maryland Steel Corporation and named the Delaware. She was sold in 1950 to Construction Aggregates Corporation and renamed Sand Captain. In 1961, she was once again renamed, this time Ezra Sensibar, after a major rebuild. She was powered by a twin screw diesel electric plant. In 1968 she was sold to Hydromar Corporation and renamed Hydro Atlantic. On her last voyage she was being towed to a Texas salvage yard when the old hull gave out and she sank on December 7, 1987.

The Hydro is an advanced dive, and should be performed as a technical dive to get the most out of her. Her deck lies at a depth of 145-150 feet and one mast comes to 120 feet, which makes her accessible by more advanced recreational divers, but this doesn't give a lot of bottom time. Diving her as a tech diver, you can spend 25-30 minutes or more on the wreck and still have only a 60-75 minute runtime.

There is frequently a strong current on this dive, and you should expect to see large amberjacks and other pelagic fish on this wreck with an occasional bull shark in the distance. 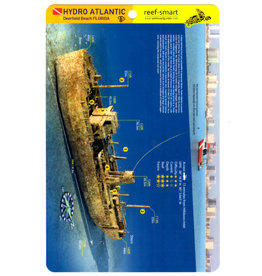 Hydro Atlantic sank as she was being towed to a Texas salvage yard.
Add to cart
Reef Smart Wreck Map Hydro Atlantic
$10.95 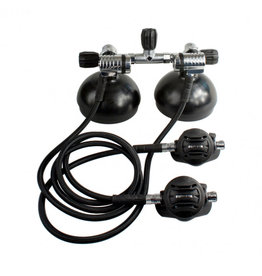 Apeks has developed unique first stages specifically for use on a twinset.
Add to cart
Apeks Tek3 Set Complete
$1,599.00 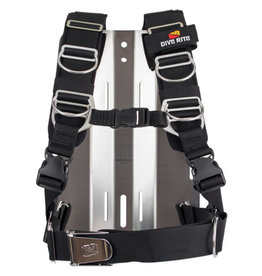 A hybrid harness designed for divers who want the support of a backpack-style harness for better weight-load distribution.
Add to cart
Dive Rite Transplate XT Harness
$139.99 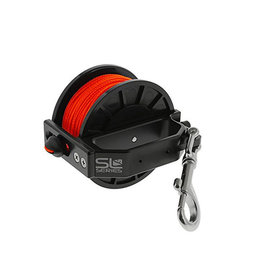 Locking and unlocking the Slide Lock 250′ Reel requires one hand and a simple thumb flick that couldn’t be any easier.
Add to cart
Dive Rite Slide Lock Primary Reel 250' Org #24
$159.99