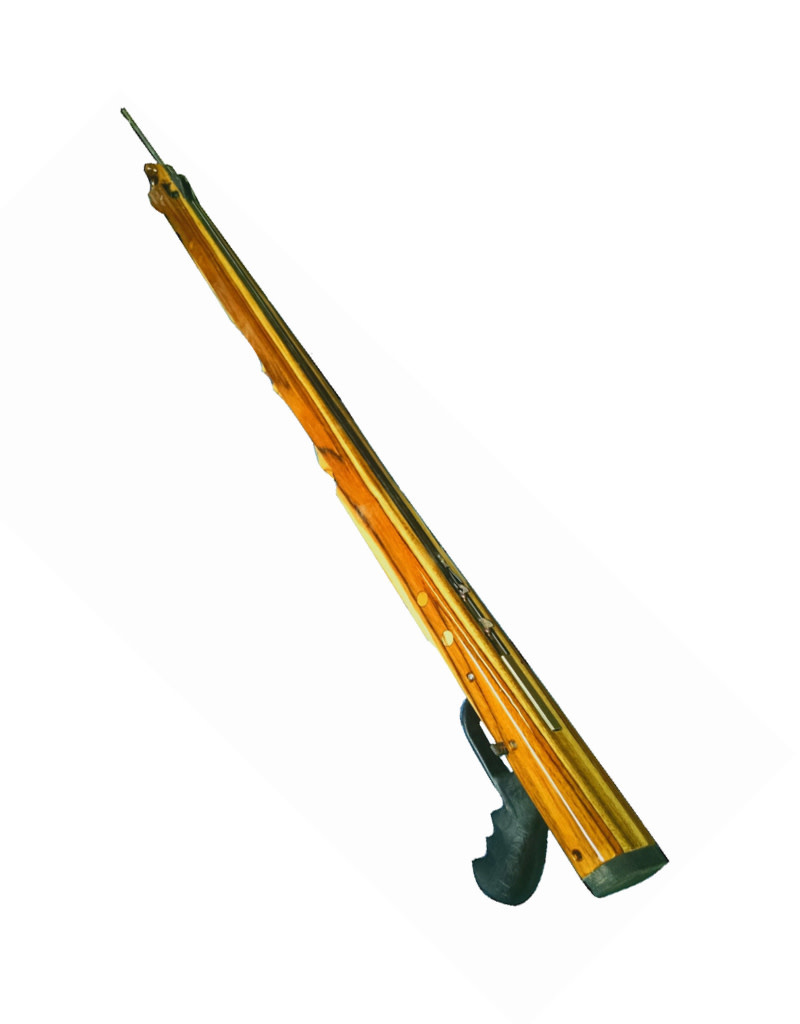 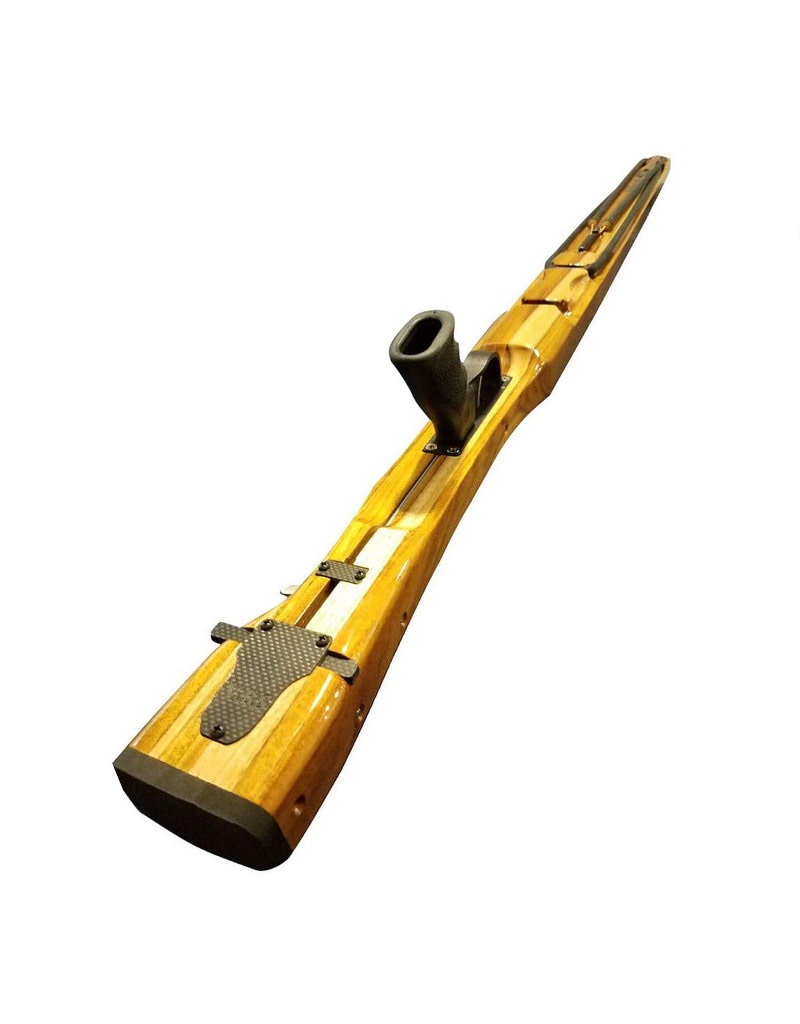 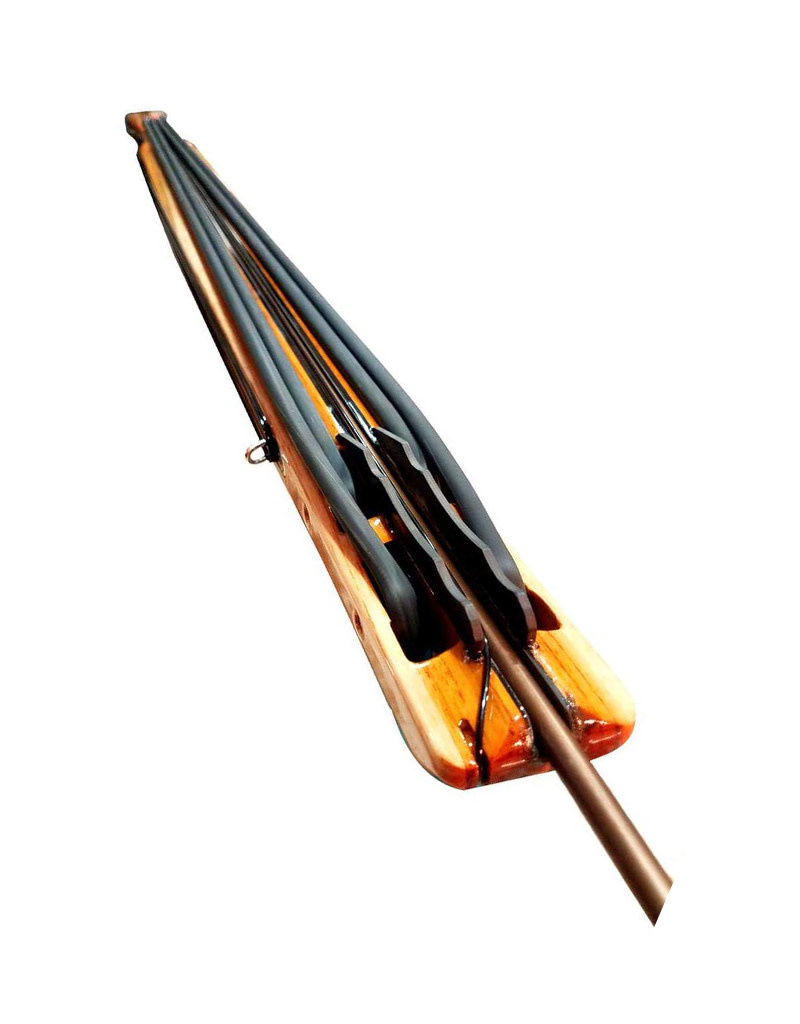 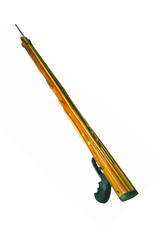 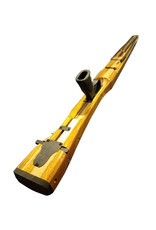 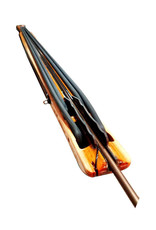 Koah Roller series is finally in production. Do not let the size fool you.. these guns pack a ridiculous punch with minimum recoil along with surprising range. Not to mention the dead on accuracy Koah was built around. Roller guns are not a new idea. First Rollers we seen as far back as the 50's and 60's . For the most part they were very  large, difficult to load, very expensive  and not very user friendly once you pulled the trigger. So what is a roller? How do they work? What are the benefits of using a roller gun? The Roller gun utilizes three advantages, Large power in small more mobile size, next to no recoil and only one or two bands to load. The large power comes from the use of a 45-60in power band that starts on the bottom of the stock that pulls through ball bearing rollers that function as a pulley to allow you to easily load a band of that size. On a standard  power band there is approximately 25-35 percent power loss due the natural oval shape of the band and the wishbone. On a roller speargun that waste is reduced to about 5-10 percent with the band starting on the bottom of the stock. This allows you to utilize nearly the entire top of the stock for the power stroke of the power band. The front or "kicker" power band on the muzzle of the speargun is a standard power band. Its primary function is to get the shaft out of the mechanism with snap speed followed by the roller band that pulls it through the stock of the gun. To add more power we installed a second stage band location on the bottom of the stock. After the speargun is loaded the stock can be flipped over and the now tightened power band can be pulled to the lower second stage to get every last inch of power. We created thumb spots in the stock to assist with this.  The other huge benefit is the roller guns lack of recoil. This is from the reaction of  the large roller band moving two opposite directions at the same time. This causes the gun to "THUMP" rather than "KICK".  So what is the power equivalent of a roller gun vs a standard model?  There are a couple variables such as band/shaft size and user preferences ... but you can figure about 20-25% advantage over the same standard model. For example a 52" Roller would rival a three banded 60" standard speargun and a 110cm roller would go head to head with a 130cm standard Euro. 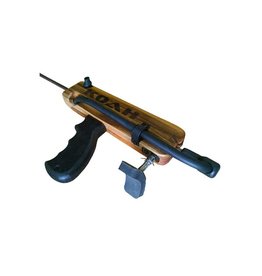 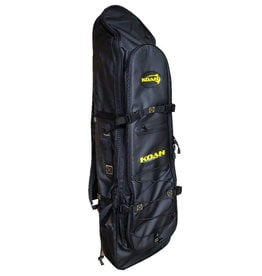 This durable backpack is must have for any avid spearo.
Add to cart
Koah Long Fin Utility Bag
$119.00 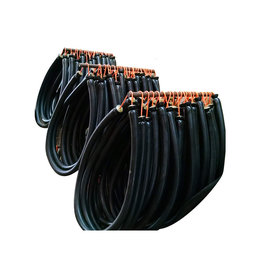 Made from the highest quality latex rubber from the largest manufacturer in the united states.
Add to cart
Koah Standard Power Band
$18.50 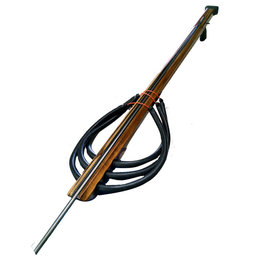 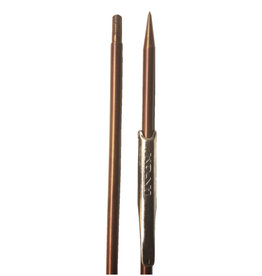 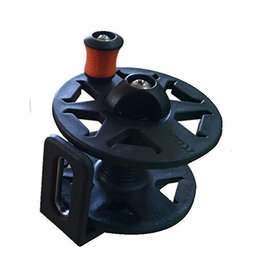 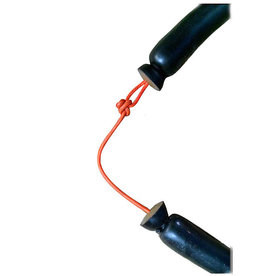 Constructed from the same material as the original power bands, just modified with a simple loop and tie apparatus.
Add to cart
Koah Tie In Power Band
$19.00 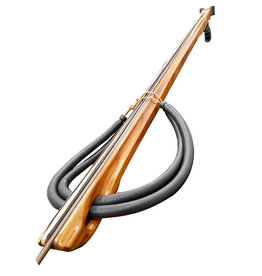 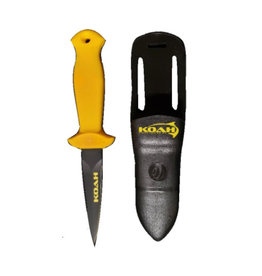 The best part about this knife is the innovative Koah Magnetic Sheath.
Add to cart
Koah Dive Knife
$58.00